From the surface, the loudspeaker generally has only one coil. The double-coil loudspeaker, as the term suggests, has two coils, which are independently coiled around the same axis and both have the equal length, circles and electrical conductivity.

At present, among the prevailing Bluetooth loudspeaker box products on the market, few manufacturers produce double-coil loudspeakers because of their high price except for Gsou Technology Co.Ltd, which, with ten years of manufacturing and research and development of vocal and visual products, launched a new series of U17X products in the spring of 2015. Double-coil loudspeakers are used in the U17X series, which are almost the same on the surface made in zinc alloys, giving a sense of simplicity but fashion. What is surprising is the exquisite big button design to be convenient and comfortable. The sensitive microphone built in the loudspeaker can make the talk clear through the speaker of Bluetooth and the built-in big capacity li battery can play music for 6 to 7 hours, which become more convenient to use in daily life. With the help of double-coil loudspeakers, Gsou Bluetooth speaker gives the best audio experience. 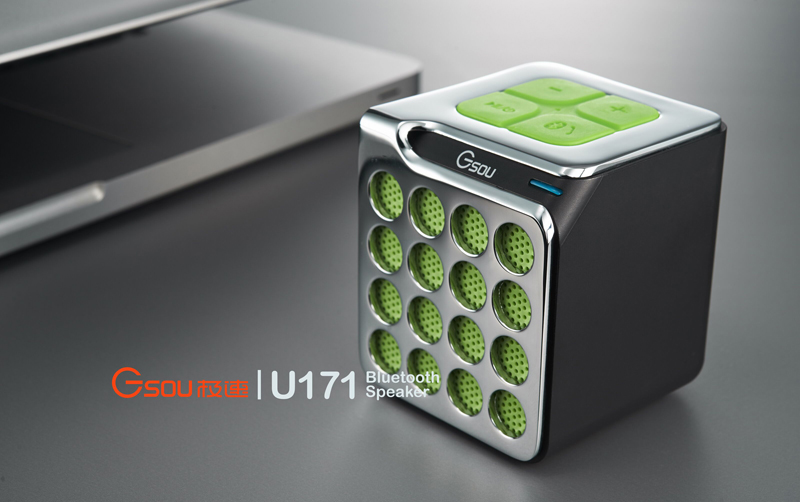 Gsou U172 Portable Bluetooth Speaker Listening to your favorite music